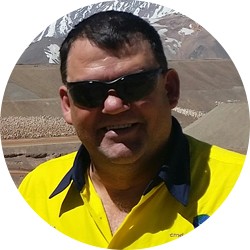 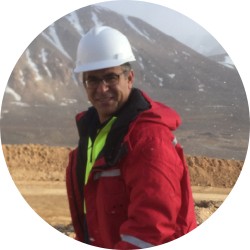 CMD Consulting has an arrangement with Esen Mining Consulting to use the contracted services of Dr Sedat Esen who is a mining engineer with post graduate qualifications in rock blasting. Sedat has over 20 years of experience in the mining industry and has worked in a range of open cut metalliferous, quarry and coal mines throughout Australia and overseas. He has published over 40 technical papers in various international conferences and journals.

Before establishing his own consulting company in 2016, he worked for Orica Mining Services as a Specialist/Principal Technical Services Engineer. He was involved in numerous mining projects which include final wall blasting (wall steepening projects), blast fragmentation optimisation, vibration/airblast control, cast blasting and blast design services. Before that, he worked at Metso Minerals Process Technology & Innovation at different consulting positions (Mining Manager and Process Technology Engineer). At Metso, he participated into the greenfield and Mine to Mill Process Integration and Optimization projects globally. Cheryl Daniel has been working with CMD Consulting since May 2007. She brings a wealth of experience in marketing and communications, specifically the proof reading and editing of technical reports. Cheryl has been instrumental in the day to day running of the business with respect to contracts, non disclosure agreements, legal issues, financials, accounting and general administration. Cheryl arranges all CMD Consulting’s travel (Visa’s and medical requirements) and accommodation for a very busy local and international schedule. Telecommunications and IT support is also managed with ease. Cheryl is a valued team member and vital to the success of CMD Consulting.

Some of Our Clients